Gramp’s Jumping in as guest blogger this week! Take it away Gramp!

How did they build stuff in 1850?
So I sat drinking my coffee on Thanksgiving morning drooling over the home improvement store Black Friday sale fliers shouting: I want this saw for the school house! I need this whiz bang laser level thingy for the school house! Maybe I should buy some scaffolding! Then I remembered – um, they didn’t even have electricity back when the school house was built, much less a fancy power saw that can cut 12 different angles at once while opening a cold Genny Light.

So how the heck did they do it? I think that what those guys had back then was skill, craftsmanship, and patience by the barn full. There are a bunch of examples of this at the schoolhouse. Some stuff I’ve researched, (I’m sure those folks back then would’ve “googled it” too if they had the chance) and some things I’m guessing at. If anyone has further knowledge of 1850’s construction methods, please let us know!

Foundation
The foundation is hand laid fieldstone. I have no idea yet how far below ground level it goes, but I’m guessing that it has to be below frost line – three feet or so. 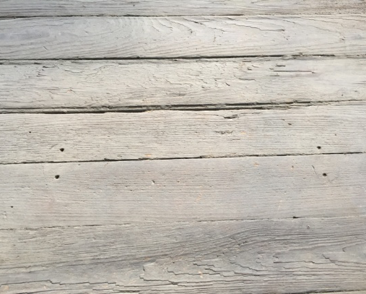 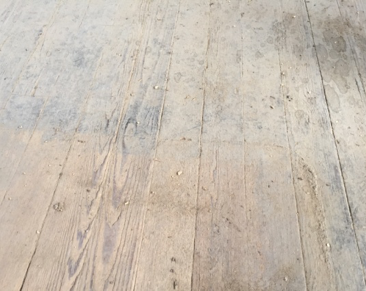 Holes in the floor where the original desks were fixed, rectangular imprint of stove

Walls
The walls are a double layer of brick. There are horizontal wooden beams running the length of the inside brick walls. I’m thinking maybe this was an expansion joint? This must’ve been a handy place to display student art and whatnot. 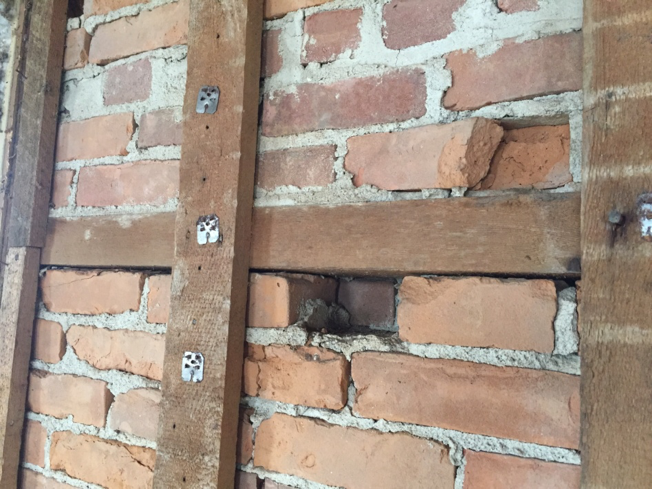 Roof beams
The beams were hand hewn with an adze, axe and froe and there are no two exactly alike. Can you say blisters!? They look so awesome. Not sure what species of wood they are made of. 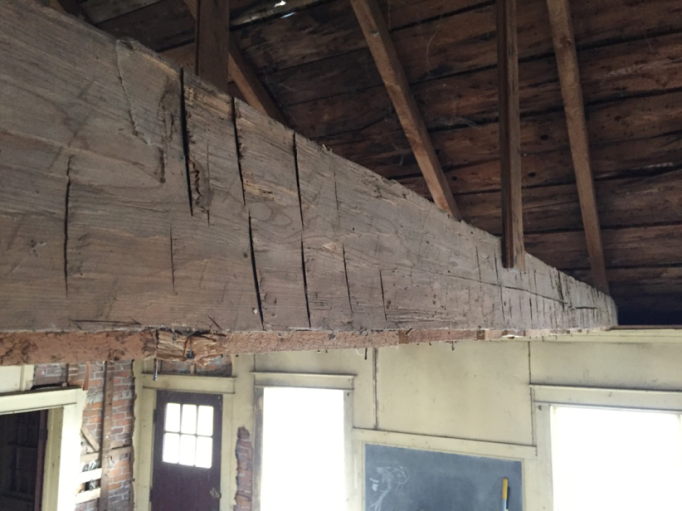 one of ten hand hewn beams

Roof
I’m a little puzzled here. It looks like the original roof may have been wooden shingles – lots of square nails and the wood shingles can be seen from the underside of the roof. It looks like later on slate was added over the wooden shingles. Oh yeah, I’m not tackling the repair of the big hole in the roof – a man’s got to know his limitations!

View from the under side of the roof with slate, wooden shakes and backer board

Nails
There are a lot of square cut nails all over in Gramp’s Old School. The shanks of the nails from this period were actually rectangular and cut with a machine but then the nail heads were attached by hand one at a time. I’ve read that it was usually an apprentice blacksmith that got stuck making nails all day long – ugh!

One of many, many square nails

Reuse, repurpose
No surprise that the modern generation didn’t exactly invent recycling – old barn siding was used for the backer boards under the pressboard that was install after 1900 as well as for the attic floor in the addition. Check out the vintage graffiti.

So After Careful Consideration…
After carefully considering all the hand labor that went into construction of these cool old buildings I’ve reached a firm conclusion – I still want more power tools. Time to get out those Black Friday sales fliers again and maybe crack a Genny Light in honor of Original Gramp! -Gramp

Next Week
I’m taking this show on the road! I’m off to visit other local school houses. Some have been converted into single family homes, some are museums and some may look worse than Gramp’s Old School! – Jill